Better late than never, I suppose. This past April we took a cruise to Bermuda, came home, and promptly got VERY busy. I have promised myself I would get around to blogging about the trip for three months now, and today is finally the day! Here goes. 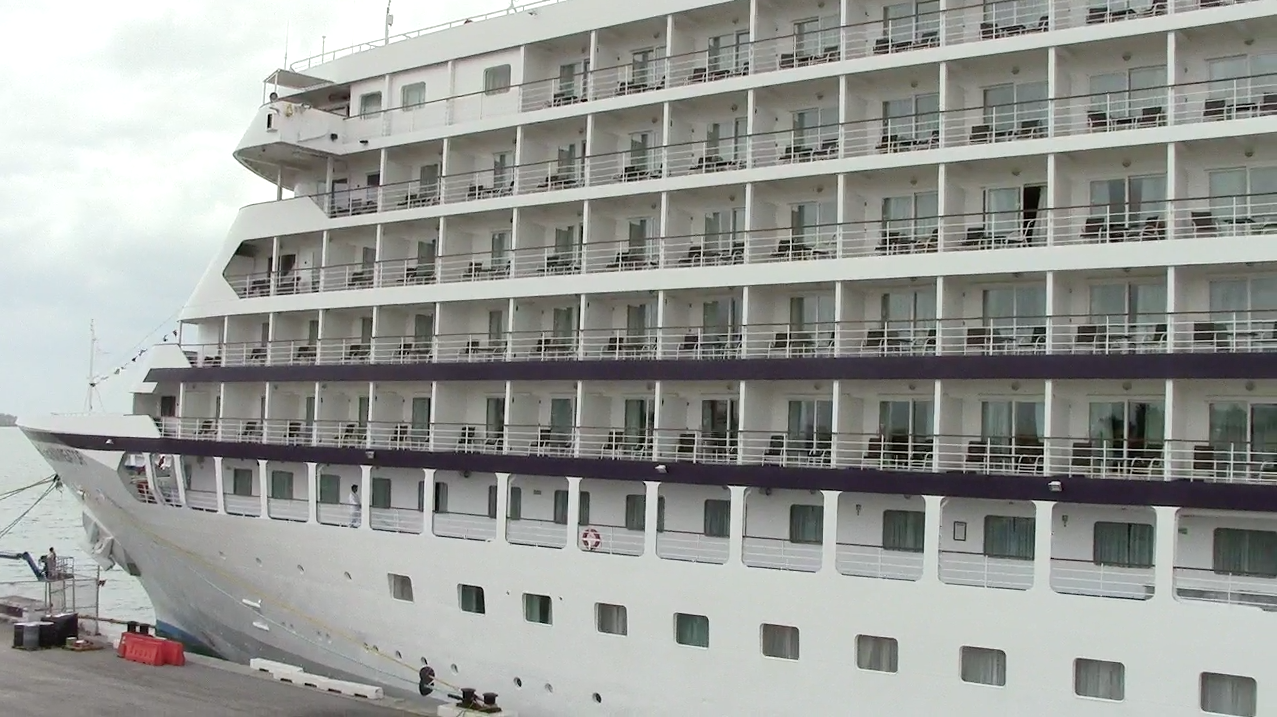 Friday, April 11, 2014  Our journey begins. We started our day with a Cruise Connection bus ride to Miami, a perfectly wonderful way to get there. No driving, no getting lost, no parking hassles. We had a chatty driver, who laid down the rules, entertained us with some bus driver stories, and even showed a movie, Dolphin Tales, to get us in the mood. Kind of a cute family friendly movie. I would have preferred to read, but this was fine, too. Naples is the last stop before turning east so we didn’t have to be at the Burger King until 9:15. People who got on in Tampa were on the road three hours earlier. Lucky us! We went to Ft Lauderdale first to deliver several passengers to a big Norwegian Cruise Lines ship. Then we pulled way forward to wait for a few more passengers who were joining us from another bus. Suddenly the older couple in front of us stirred and started wondering when we were getting to Ft Lauderdale. It was lucky for them that we had had to park and wait, because our driver was able to pull around the circle to let them out instead of delivering them to Miami with the rest of us. Not at all sure how they managed to zone out during the entire time the other Ft Lauderdale passengers were leaving the bus, but John and I both agreed that when we are THAT old, we will NOT be traveling any more!

Ours was the first ship in the Miami circle, again lucky for us. We arrived at 1PM, breezed through the boarding process, and were soon seated in the Veranda restaurant where we enjoyed a decent lunch before our stateroom became available. Our room was in our usual “low and amidships” location, which we later had reason to be glad about. Lovely quarters, and welcome champagne and orchids didn’t hurt either. We were a little bit concerned about our eating prospects after lunch, however, because my veggie burger had definitely been in the freezer too long, but we later confirmed that our fears were completely unfounded. More on that later.

We unpacked, explored the ship a little bit, congratulated ourselves on being on the Regent Seven Seas Navigator will about 450 other passengers instead of any of the behemoth multi-thousand passenger ships that were in the harbor with us. Some of them were following a similar route, and we were always happy to know we were on the smaller ship. Great food, excellent service, lots of fun entertainment, excellent tours, no crowds, and absolutely everything included. Nice!

Dinner, a show, a good nights sleep, and we will be in the Bahamas tomorrow.
Posted by Suzanne Sanger at 12:15 PM

Email ThisBlogThis!Share to TwitterShare to FacebookShare to Pinterest
Labels: Bermuda